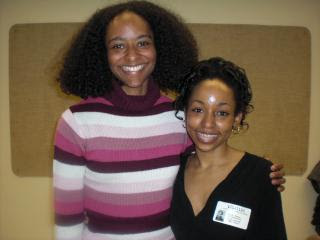 Today, I performed for the Lifebeat Hearts and Voices show at Terrence Cardinal Cooke Center (TCC). It was a great show! I was super pumped today because I had another great recording session with Tommy the day before. I was listening to my new song all day and was just so excited about it. Performing in front of the residents really made me feel more alive that I ever had felt. I really felt like I was connecting with them and I was singing, "in the moment". I had also dressed nicely for the show to give it an extra kick. Every time I performed at TCC, the residents would ask over and over if I brought CDs. A lot of the times, I simply forgot to bring them! This time, though, I auctioned off 3 CDs for the residents. It was SOO much fun!! They were so excited to win the CDs!! I know how much it means to them and I can only imagine how much fun it will be for the winners to open the package and listen to the music on their own time. I truly love performing for the residents. It gives me an opportunity to take risks and try new things as an artist, but I am also able to make an impact with the audience. My next show is on March 31st and I can't wait! Here is a picture of Erika Banks, the coordinator of the Hearts and Voices program and myself after the show.
Posted by Jami Jackson at 8:31 PM